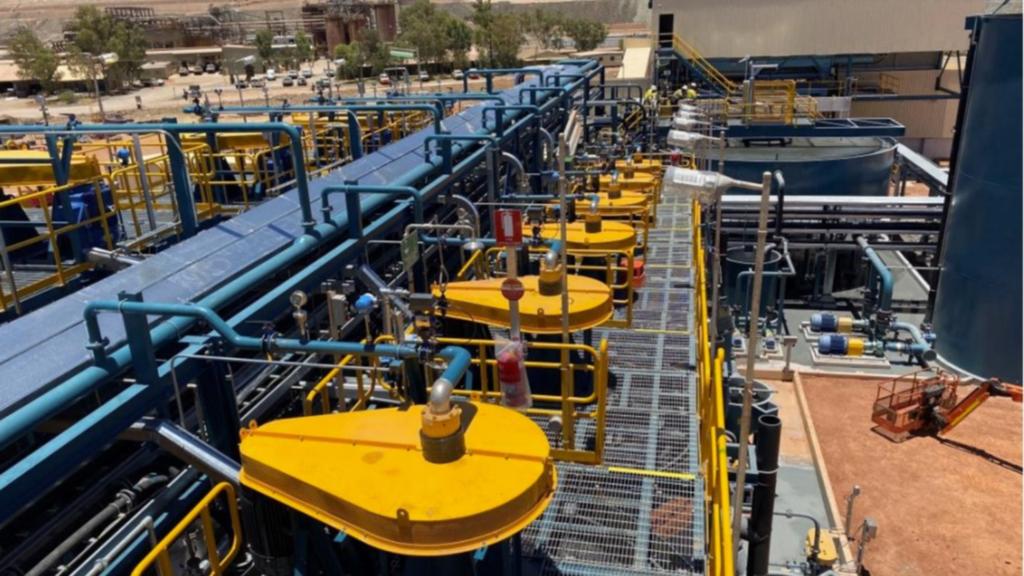 Posted at 07:51h in Press by Dannika Warburton

Perth-based gold-miner Wiluna Mining is ringing in the new year with the successful commissioning of the sulphide ore concentrate plant at its namesake project in Western Australia.

According to the company, the project was built at a cost of about $26 million, well within budged and with no significant health or safety issues. Shipping delays and COVID-19 related factory shutdowns in India where the flotation cells were constructed pushed back the completion date a little over two months – a minor hindrance given the delays felt Australia-wide in the building and construction sector.

The changeover from free-milling operations to flotation took a matter of a few hours during the first shift of operations with nameplate capacity being reached just 24 hours after the first ore was introduced to the circuit.

As part of its major production ramp-up plan the company is looking to treat 750,000 tonnes per annum through the plant as it targets a staggering 90,000-100,000 ounces per annum of gold in concentrate production by the end of the 2022 financial year.

The commissioning of the flotation plant is a crucial step in giving Wiluna the ability to process historical tailings and stockpile inventories totalling some 685,000 ounces of gold.

Commissioning of the concentrator completes Stage 1 of a two-staged, three-year development plan which will see the company strengthen its balance sheet, increase operational cash flows, transition to the production and sale of gold concentrate and expand overall gold production dramatically.

We are delighted to have commissioned our Stage 1 Sulphide Ore Concentrator which will eventually, after full ramp-up, treat 750,000 tonnes per annum of ore and produce around 90kozpa-100kozpa of gold contained in concentrate. This production, when added to the approximate 20kozpa of gold dore we will continue to produce, is intended to enable us to get to nameplate production by June 2020.

The completion and commissioning of Stage 1 is the start of what we plan to be a major, staged transformation of Wiluna from a small free-milling producer to one of the largest gold producing mines in Australia over the next three years producing concentrate and gold dore from our significant sulphide deposits of gold at the Wiluna Mining Operations.

In Stage 2 of the expansion plan, Wiluna is targeting 1.5 million tonnes-per-annum production for 250,000 ounces of annual gold output. The company will also pursue more exploration and feasibility studies to ultimately reach its 250,000 ounce-per-annum Stage 2 milestone and add an additional 500,000 ounces to current underground ore reserves.

As the company focuses on ramping up production from the mine and the concentrator, the next 12 months will be crucial as Wiluna strives to join the ranks of Australia’s gold heavyweights.

Read the full article on TheWest.com.au