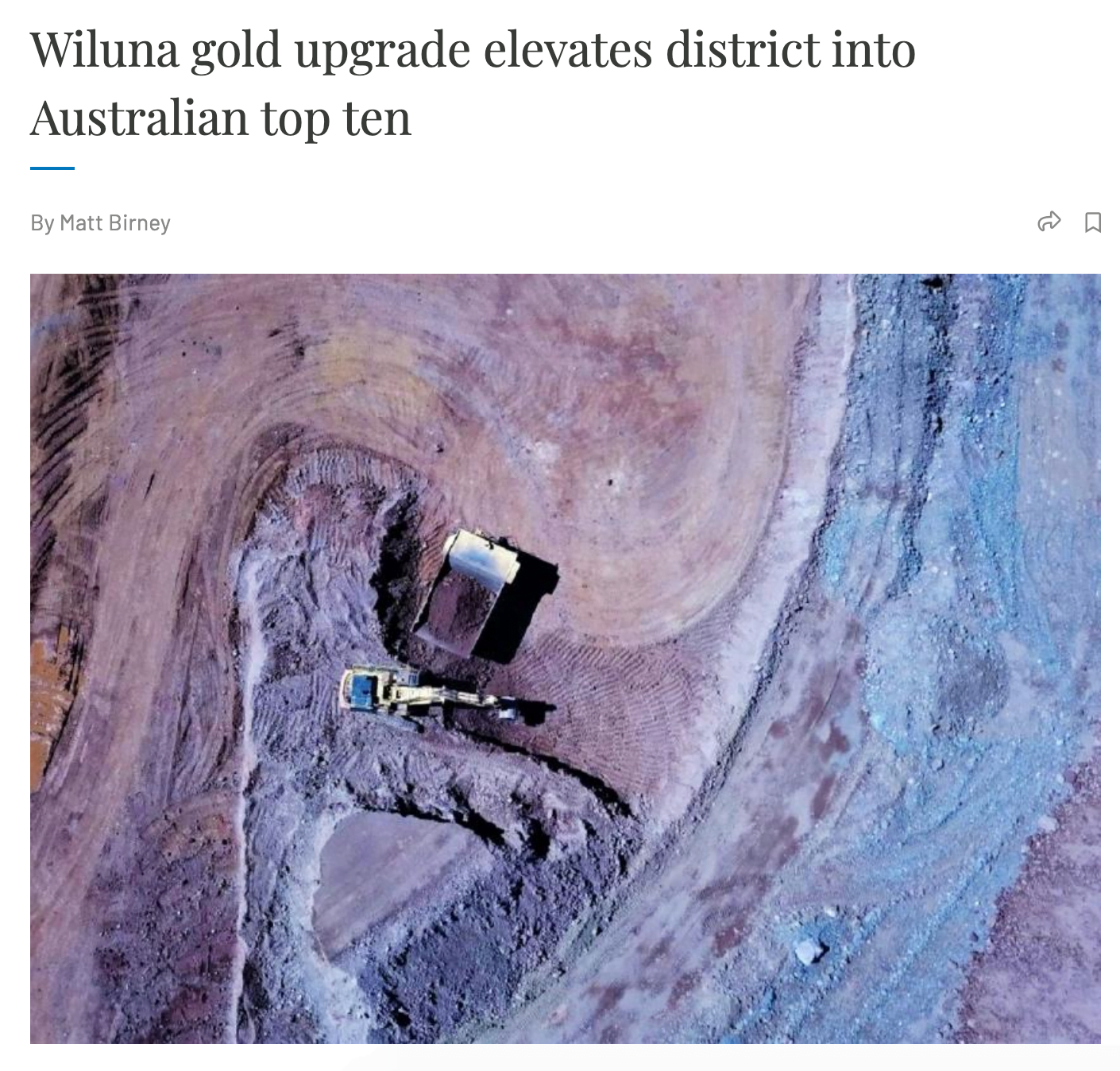 Posted at 01:23h in Press by Dannika Warburton

ASX-listed gold producer, Wiluna Mining, has increased the total mineral resource inventory for the main Wiluna Mining Centre, or “WMC” at its historic Wiluna project in WA’s Yilgarn Craton by 9 per cent to a whopping 5.1 million ounces of gold. The updated indicated and inferred resource at the WMC of 52.98 million tonnes of ore going 3 grams per tonne for 5.1Moz of contained gold – at a 1 g/t cut-off grade – does not include about half a million ounces in the outlying Matilda and Lake Way deposits.

The global resource for the Wiluna district, including the WMC, Lake Way, Matilda and Galaxy mining centres, along with various stockpiles and tailings, varies depending on the cut-off grade used, however, the company says it could be as high as 143 million tonnes at 1.6 g/t gold. This eye-catching figure delivers a total gold content of 7.3 million ounces and positions Wiluna as Australia’s seventh largest gold district behind a list of revered names that include the Cadia mine in NSW and Kalgoorlie’s legendary Golden Mile.

In addition, the inclusion of results from the more than 45,000m of recently completed RC and diamond drilling into the dataset helps increase Wiluna’s geological confidence in the WMC sulphide resource and buttress the ore reserves estimation process.

The Perth-based company is planning a staged production expansion designed to initially produce about 120,000oz per annum of gold in concentrates from the underground mining of about 750,000 tonnes of sulphide ore a year, starting in September next year.

Wiluna, which is already producing about 60,000ozpa from remnant free milling ore generating about $3 million to $4 million a month of operating cash flow to help fund the stage one transition to sulphide production, hopes to more than double gold production from sulphide ore to about 250,000ozpa by late 2023/early 2024 supported by a long mine life.

A further mineral resource estimate update for the historic Wiluna project in the north-eastern Goldfields and interim ore reserves statement supporting the stage one sulphide expansion are expected to be released early in 2021.

Read the full article on businessnews.com.au