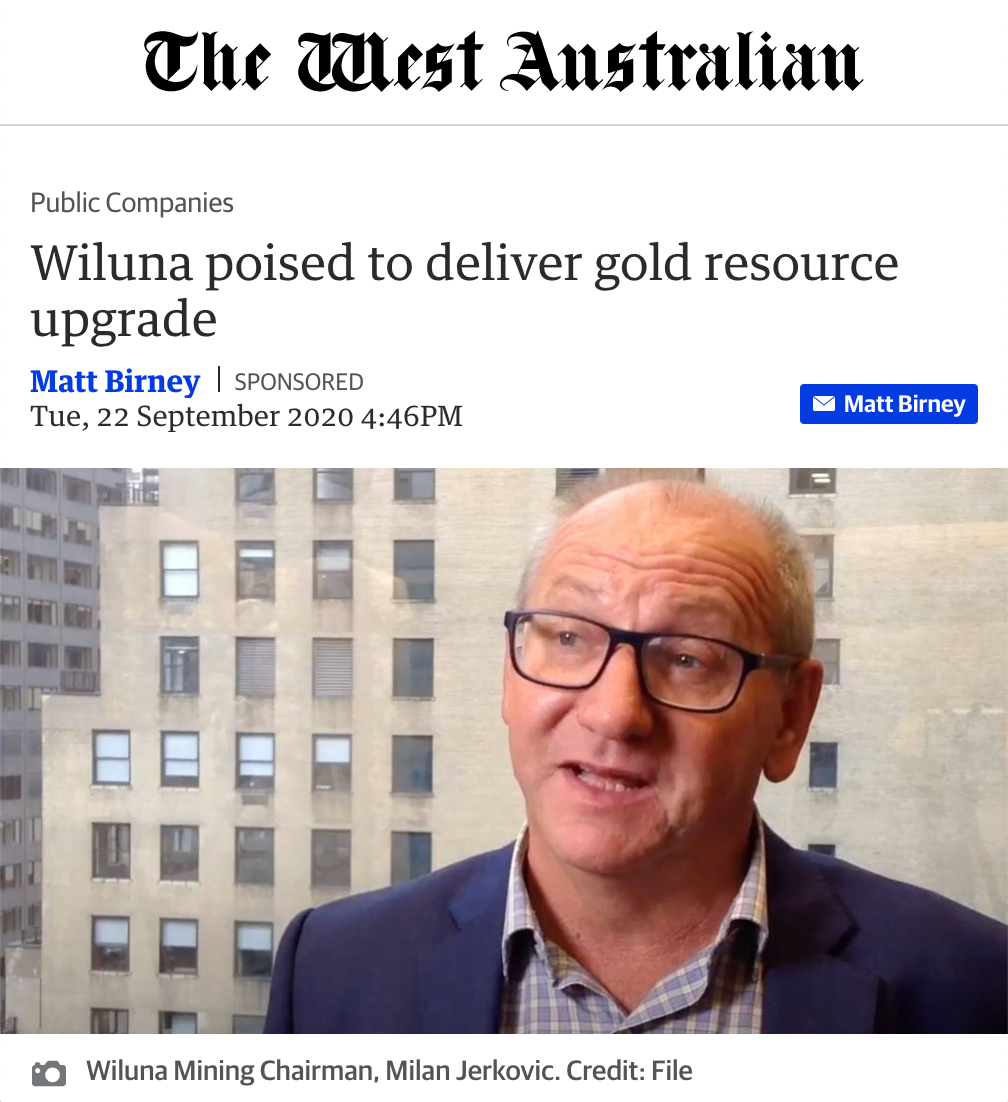 Posted at 16:47h in Press by Dannika Warburton

The Perth-based company this week unveiled another plethora of impressive results from sulphide resource definition drilling at Wiluna in the Yilgarn Craton as part of its stage one sulphide mining growth plan.

Wiluna’s stage one expansion entails underground mining of an estimated 750,000 tonnes of sulphide ore per annum to produce about 100,000-120,000 ounces of gold a year in concentrates, with commissioning slated to commence in September 2021.

It has already sunk some stage one development capital into dewatering and drilling that has been carried out to date, which will be included in the ultimate CAPEX for the stage one production expansion phase.

Read the full article on thewest.com.au