Wiluna timing is on Jerkovic’s side 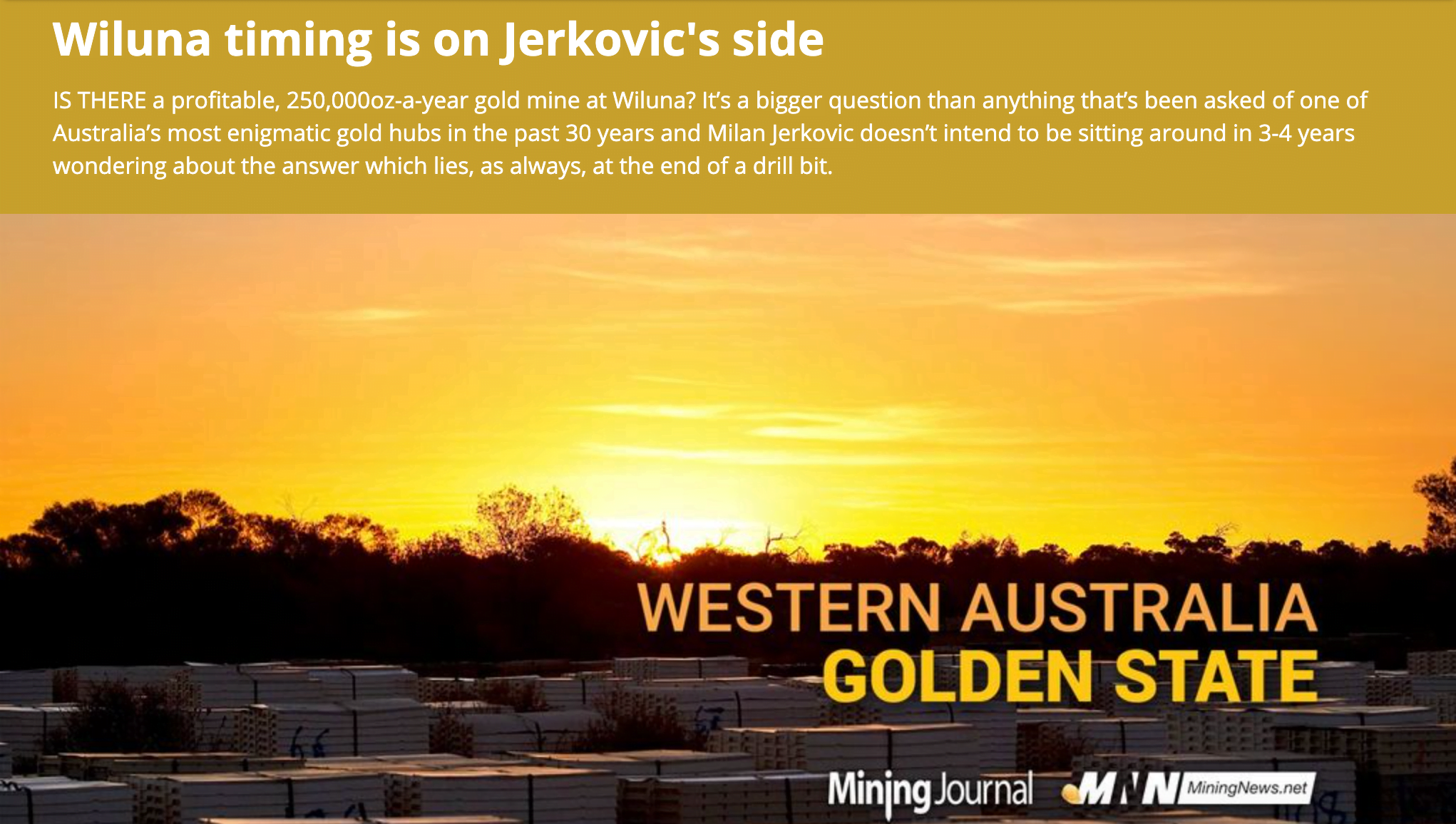 23 Sep Wiluna timing is on Jerkovic’s side

Posted at 16:58h in Press by Dannika Warburton

Is there a profitable, 250,000oz-a-year gold mine at Wiluna? It’s a bigger question than anything that’s been asked of one of Australia’s most enigmatic gold hubs in the past 30 years and Milan Jerkovic doesn’t intend to be sitting around in 3-4 years wondering about the answer which lies, as always, at the end of a drill bit.

Or, as at Fosterville in Victoria, or even Fimiston now under Northern Star Resources and Saracen Mineral Holdings, lots of drill bits.

“If you look at this orebody compared to Jundee just down the road, or Gwalia [at Leonora], or look at Fosterville in Victoria, Wiluna has a bigger footprint,” Wiluna Mining Corp’s executive chairman of the past four years says. Jerkovic, a trained mining engineer, geologist and mineral economist, has a history of engineering and building companies and mines.

“It is refractory, but so is the [Kalgoorlie] big pit; KCGM is refractory and the grades aren’t that much different. [Fimiston] is a big orebody, obviously, but Wiluna just hasn’t had the attention because of changes of ownership, poor performance … the name’s been trashed, and investors abandoned it. So you’ve got to start again.

“And you start with the geology.

“When we raised the A$52 million in March it all came from large institutions offshore who were interested in the scale of the geology.”

Jerkovic went through his grand vision for Wiluna at this week’s virtual Denver Gold Forum, centred on converting a big chunk of the 4.6 million ounce, average 3.65gpt resource under a 5km-long line of surface and underground workings that make up the ‘Wiluna mining centre’, to mining inventory to underpin a 100,000-120,000ozpa and then 250,000ozpa sulphide mining and concentrate producing operation.

Read the full article on miningnews.net